A shooting day with me

A shooting day with me

Have you ever wondered what a blogger’s shooting day looks like? What stands behind a beautiful photo or a fun story? I decided to share a little more about the process, and in particular, how I create my visual content.

Since the very beginning, I knew I had to pay special attention to the photos. Fashion is an extremely visual art – it is demanding but also very graceful when there are fresh ideas.
So, when I prepare a post, along with story, I always think of the pictures that become an integral part of it. Sometimes we meet with Marty, or just have an online chat on how to capture the post, where to position ourselves, what the context is, in order to transmit idea in the best way. To some extent, we are like mini scriptwriters and content directors of about 300 words and 5-6 shots.
This is how was born the idea of ​​a street post where I wanted to share my ideas for spring and a bold and bright combination of pink and red. These colors and prints are so photogenic and we wanted to make a spectacular and memorable visualization.
The day started with coffee – it’s a must, while exchanging ideas and jokes. 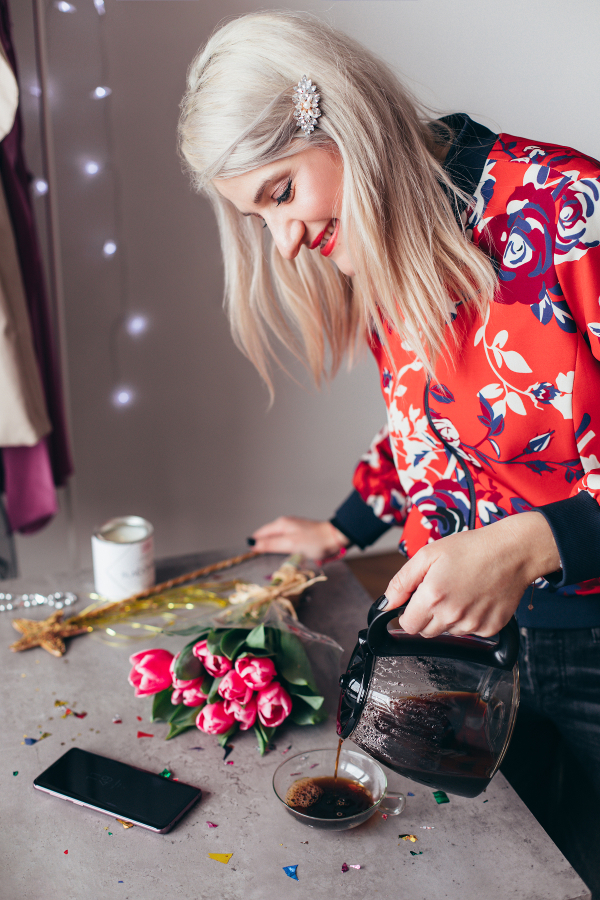 The difference this time was we had the new Samsung Galaxy S9+. (You know, I’ve been a fan of the brand for years and I only use Galaxy phones.)
Honestly, I’ve always had some concerns about video content. For this reason, it is rather rare on the blog, despite its proven influence. In fact, the new Samsung Galaxy S9 and its super slow motion feature provoked me to think of a short video story. But, not an ordinary one, something more special. I do not know if you have noticed in the movies when they want to accentuate a scene, emphasize its importance or give more glamor and fairy to the moment, directors use a specific delay of the frame. That’s exactly what we decided to test.
One photo says more than 1000 words, and what happens when the photo becomes alive?
Here is how my story would look like in a picture: 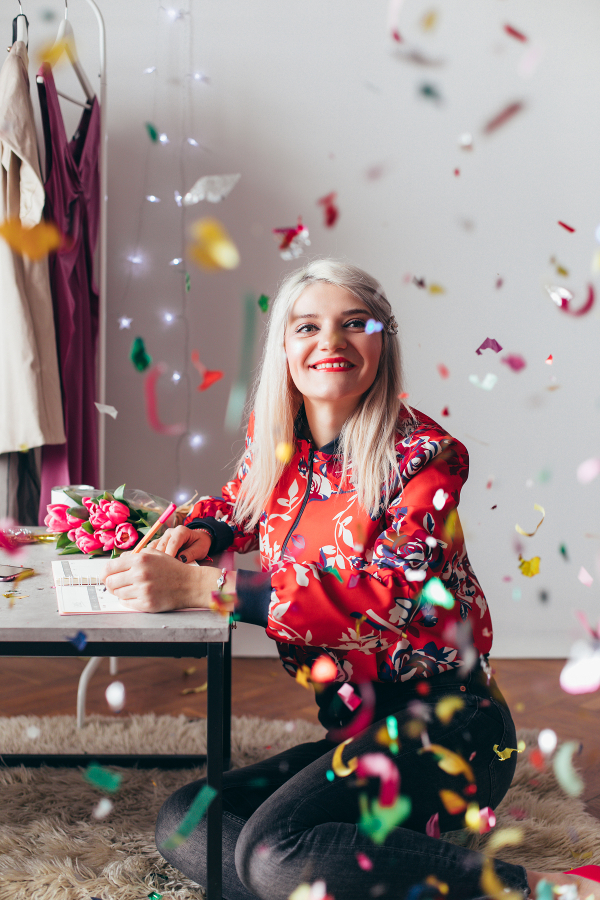 And here it is on a slow motion:

It looks impressive, isn’t it? The good news is this effect can be very easy to achieve – with a smartphone. The Galaxy S9 and S9 + have a built-in motion detector, an intelligent feature that detects motion pictures in the shooting mode and automatically saves them. So, every single moment of my day, even when pouring coffee into my cup in the morning, looks different and slightly magical. I also made my own AR emoji, which has always the perfect hairstyle: 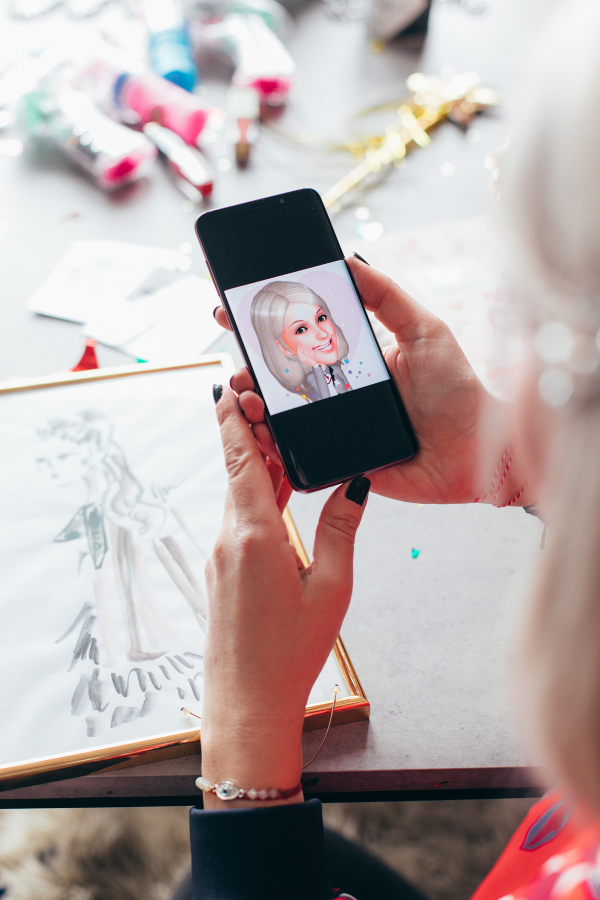 But, let’s go back to fashion story. After testing video capture options, we knew it was time to go out on location and make the Street style shooting. Naturally, besides the combination of colors and shapes, we included a more unexpected and entertaining props. 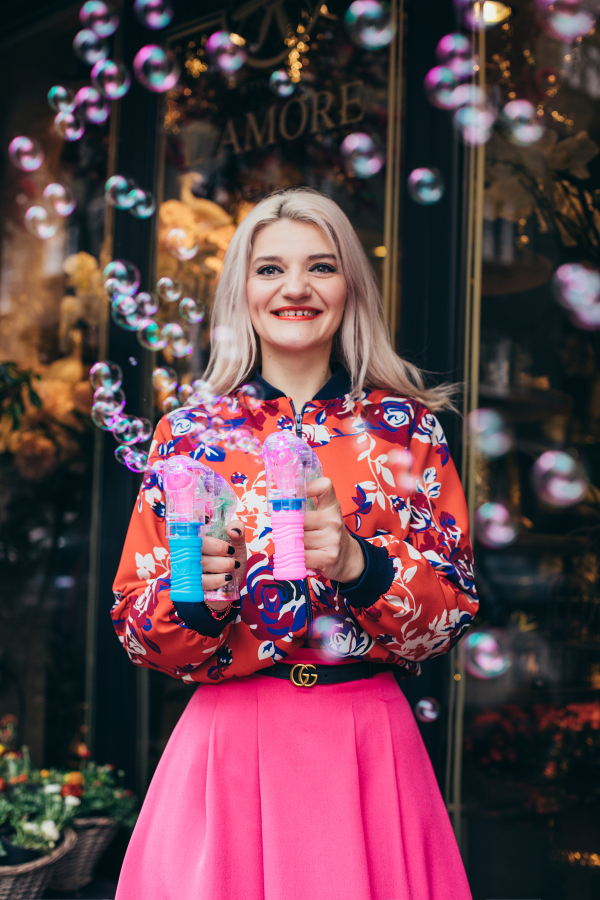 See how it looked like a super slow motion video:

This was one of the funniest photo sessions I’ve ever had: filled with smiles and fun scenes, especially behind the scenes – from water guns that did not want to shoot, thundering confetti and charming little kids on the street.

Why is it important to try different things in fashion?

How to create the life we dream about